Speculation of $150 Oil and What it Means for the Markets 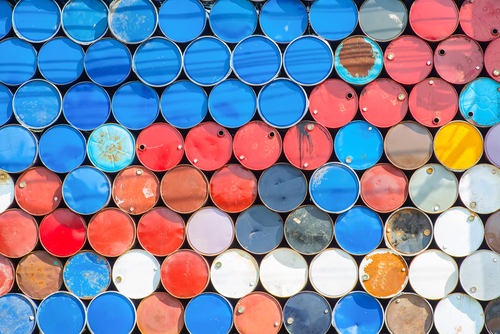 Over the past 30 months, the price of a barrel of oil has increased from the mid-$30s to – in recent days – as high as the mid-$70s per barrel. At nearly half the historic $150 per barrel price level nearly 10 years ago, how will the market react if oil reaches $150 again, as some analysts are speculating?

Understanding the Increase in the Price of Oil

With investors speculating in the markets to drive prices higher and the Organization of Petroleum Exporting Countries (OPEC) and Russia cutting production, global production has been experiencing production pressure since 2016. Add in America’s 2015 decision to export its expanding domestic crude oil production – ending a four-decades ban on the practice – and there are many reasons for the run up in oil prices.

While there’s no crystal ball as to where crude oil will peak, looking at how production might play out in the near and long terms can provide insight for future global crude supplies. Whenever oil prices increase, producers look to ramp up production to take advantage of increased prices. But what are global producers capable of?

Despite the shale oil renaissance, if America’s existing shale production increased by 100 percent, it would still make up only 15 percent of the world’s oil supply. Of the remaining global oil suppliers outside of America, OPEC accounts for 40 percent of worldwide production, with offshore producers comprising another 30 percent of global supply. While many experts contend OPEC is a cartel, there is much exploration and innovation by offshore drillers and this may have a bigger impact on worldwide oil prices going forward.

According to industry reports, 75 percent of the globe’s 32 best performing oil fields are offshore. Based on a few data points, there’s a lot of potential for increased oil production at higher margins. Norway has increased its offshore oil output this year compared to last, and the country is expecting another offshore oil drilling project to come online in 2019 – one of the biggest projects in the last half century. This increased production is coupled with one in four of Norway’s new car sales in 2017 being electric, further reducing the country’s domestic demand for refined oil products.

Another example of increases in offshore production is energy companies working with the Guyanese government. Within approximately 24 months, Exxon is planning to extract 500 million barrels. Yet this discovery represents only 15 percent of the total projected output.

Along with increased production, the advent of new technology lowers production costs for offshore drillers to between $20 and $40 a barrel. Due to advances in technology such as sub-sea robots; robo-rigs and drones; and augmented and virtual reality, which will reduce labor costs, the case for $150 per barrel oil is less likely. This is true even if global demand grows at the projected 1.5 million barrels annually.

How Higher Oil Prices Could Impact the Economy Overall

When it comes to increased oil prices, the economy can respond in various ways. For the general consumer, as oil prices increase, a ripple effect will raise the price of gasoline. This will undoubtedly offset some of the recent gains consumers received with the recent tax cuts signed into law, potentially dampening consumer spending.

Similarly, as the cost of oil increases, businesses may choose to pass the increases on to consumers – in the form of higher fares for airlines, for example. Businesses also can increase the price of their services with fuel surcharges or increase prices for products derived from crude oil. However, for workers in the oil and gas industry, companies will increasingly look to invest more in capital expenditures to increase drilling capacity, stimulating job creation and economic growth.

TELL US ABOUT YOUR REQUIREMENTS

We strive to bring you the most excitement a CPA can possibly bring. Calculators! Dynamic Content! Newsletters! ICFiles! We have it all at Zerbo, Zambito, Cafaro, CPAs